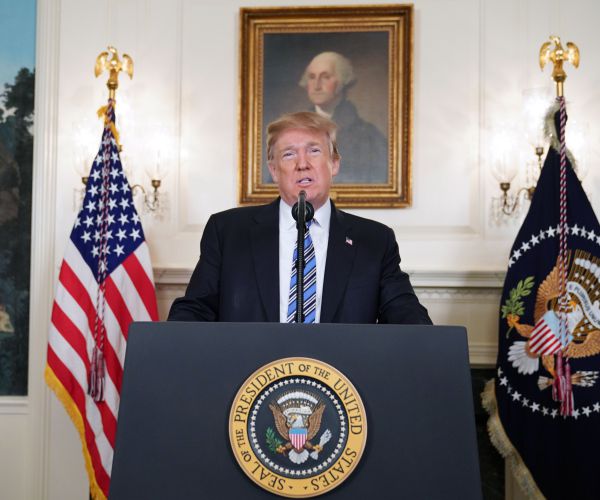 Parkland Shooting Shows “Nothing Will Come of Nothing”

A young (sometimes) man (always) killed many innocent people (in this case, mostly high school students) and the politicians feigned sadness and called for prayer, the news stations garnered enough footage to run the story for a full day, and (you can bet on this because this is America) nothing will change because at the root of this carnage is money (as it is at the root of so much carnage in our “great again” country).

The Parkland shooting happened on Wednesday.

On Friday, less than 48 hours after 17 people were shot dead in Parkland, Florida, this brutally ironic juxtaposition of news story/advertisement appeared on CNN.com:

News Story: You can feel the horror unfold in these texts.

Paid Content: Top 4 Vegas buffets you can get for playing this free app.

I’m sure the editors at CNN didn’t intentionally line these two headlines up one after the other. But if this were a novel, and the novelist were shooting to convey a theme, I’d pan the writer’s choice for being too obvious.

Grief is followed by gluttony.

Gun deaths are followed by greed.

A small-city high school is the site of a mass shooting. A city of excess is the hook for an ad to separate you from your money, and the featured city is not just any city but Las Vegas where less than four months ago a shooter (male) with an automatic weapon (again) killed 58 innocent (always) people.

The perpetrators of mass shootings are worthless. They are men venting hate and seeking fame and righting self-perceived wrongs in the most cowardly way.

Like all clichés, the one that says “Guns don’t kill people, people do” is obviously true. More true is that the fundamental purpose of government is to pass and uphold laws that protect its people. And most true is this fundamental truth, a truth that not only inspires law but also religion (that opiate of the masses): Man has a heart of darkness.

It’s a pretty easy syllogism: If Man is Violent. Then Man with a Gun can be more Violent. Therefore, get rid of Guns.

But in the United States, money trumps logic.

We’ve become so accustomed to news stories about angry, discontent, hateful, often racist men who kill multiple people that these incidents no longer impact us. Habit is the great deadener and the American public has become deadened. We watch the news. We listen to the canned responses. We see the stock footage (people running, people walking with their hands up, teams of police holding their own automatic weapons, vigils with singing and flowers, and, a day or so later, photographs of the dead, a collage of faces that blend together, features lost, a palatable way to generalize grief and help us put it away quickly). Our deadened response (like our dark hearts) is human nature too, existentialism at its most basic — we go on.

But we shouldn’t go on as is. And I recognize this call (my call) is as tepid and ineffectual as most calls after a mass shooting. The calls that could have real effects need to come from lawmakers, from our elected officials who ideally run for the good of the people and who are paid, with tax-payer money, to protect our safety.

While the vast majority of Americans want stricter gun laws, and while the vast majority of Americans understand that the right to bear arms is a ridiculously antiquated notion written up when muskets were the order of the day (and a notion open to great misinterpretation), the gun lobby is so powerful, the money the NRA spreads to political campaigns is so rampant, that nothing will be done.

Donald Trump tweeted this after the Parkland shooting: “My prayers and condolences to the families of the victims of the terrible Florida shooting. No child, teacher, or anyone else should ever feel unsafe in an American school.”

For all it’s worth, an advertisement for Las Vegas buffets could follow this generic, non-response.

Donald Trump is a man who adopted religion for campaign purposes only. He knows nothing about scripture, he lies, he commits adultery, and he’s broken most of the other Ten Commandments. His prayers mean nothing.

Donald Trump is a man who has reportedly received over 31 million from the NRA. To think he will actually make us feel safe with real, hard-nosed legislation is a pipedream. Our president is a money-first capitalist. Our president wants to keep the gun-toting faction of his base happy. Our president is regressive, not progressive. His tweeted words of assurance mean nothing.

King Lear, who starts his play as a prideful, selfish, flawed, and elderly king (draw your comparisons), says during an especially greedy moment in the play’s first scene, “Nothing will come of nothing.”

Nothing will come of nothing. 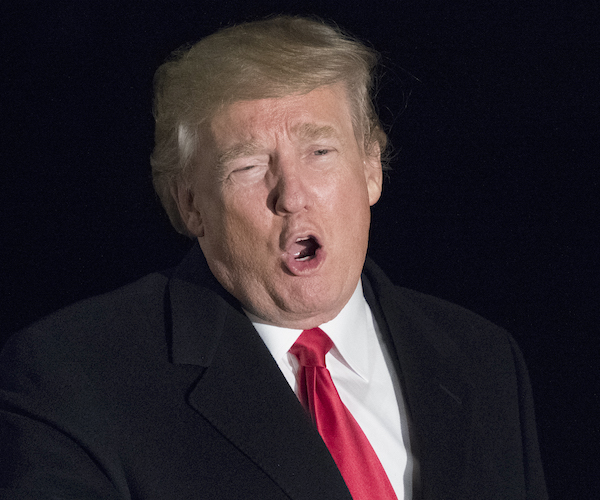 Trump’s Character is His Fate

I’m a writer, not a lawyer. Sometimes I write political articles, sometimes boxing articles, but mostly I write novels. So I may not know the law, chapter and verse, but I do know something about character. The adage, like many adages, is true: Character is fate. In a novel, if a character acts “out of character” the reader will recognize something’s off. In real life, if a person acts out of character, something’s usually up.To his credit, Donald Trump has remained consistent in his character. He may lie, he may stretch the truth as character Huck Finn accuses Mark Twain of doing, but Trump has always lied, always chiseled, always sought the headline no matter the dishonesty of its words.

But eventually, because character is fate, Trump’s character will create his own undoing. When history looks back, one seminal interaction may stand out as the moment Trump’s consistent character began a fated unraveling that ended in his impeachment, or worse.

On November 10, 2016, then-president Barack Obama met with newly-elected Donald Trump at the White House, a ritualistic show of peaceful baton-passing that remains one of America’s greatest virtues in a time of ever-dwindling greatness. The pictures of that day show smiles and awkward handshakes and, when the meeting ended, Trump left the White House singing Obama’s praises, which wasn’t an outright lie but a holding-pattern lie. At his core, the billionaire who started the birther conspiracy hated our first black president and Trump’s vitriol would reappear a few days later.

Donald Trump has spent his first year in office trying to undo everything Barack Obama did. He’s failed at many of these undoings. And he’s taken credit for many of Obama’s successes, including our relatively healthy economy, methodically put into play by our last president. Trump may be a builder, but he’s most at home with a wrecking ball in hand, narcissistically swinging at anything that’s a threat to his sense of self. And to Donald, anything Barack did or said was a threat.

One concrete piece of advice Obama gave Trump at their White House meeting was to steer clear of Michael Flynn. Flynn had served under Obama as director of the Defense Intelligence Agency, but during his tenure Flynn forged a reputation as a loose cannon. Obama warned Trump to beware that looseness. But Trump, always believing he’s the smartest man in the room because, after all, he’s a stable genius, refused to listen. Completely in character, operating from a position of know-it-all spite, Trump hired Flynn as National Security Adviser. This spit-in-the-eye will inevitably (fatefully) boomerang because the loose cannon has looser lips.

Let’s remember Trump’s tweet after he fired Michael Flynn: “I had to fire General Flynn because he lied to the Vice President and the FBI.” Flynn was fired on February 13, 2017. FBI Director James Comey, who refused to promise loyalty to Trump (an under-handed but character-consistent request by the president) was fired on May 9, 2017. Trump’s tweet went out December 2, 2017. The timeline’s important. Donald Trump’s thoughtless yet genius-filled fingers tapped letter keys that basically spelled out he knew Flynn was lying at least as early as early December. Which means for almost ten months, Donald Trump sat on truth he should have revealed. And in the interim, he fired a man who had the power to seek out this truth. That looks like obstruction of justice.

It’s January 2018 and Robert Mueller is slowly but surely (that’s his character) putting together a case against Donald Trump, a case that will carefully bolster Trump’s careless tweet. (Trump must be nervous because, this just in, Trump ordered Mueller fired in June, a month after he fired Comey.) With each passing day and each passing headline, it appears the noose is getting tighter no matter what the Fox conspiracy theorists tell you. The he-doesn’t-know-any-better defense has worked to protect Trump on an array of bungled, apprentice actions during his first year as president, but this defense, which we will inevitably hear from Trump supporters and from the notorious blame-caster himself, needs to be ignored when Mueller delivers his final decree.

Donald Trump will say he was ignorant of the law (otherwise how could he have tweeted so freely). But that cannot and should not absolve him of guilt. If someone gets busted for possessing too much marijuana and says he didn’t know the legal limit, that’s not a defense. If someone commits a petty burglary and his partner in crime kills a bystander, and the non-violent offender claims innocence to accessory to murder because he didn’t know the law, that’s not a defense. If our president proclaims he didn’t obstruct justice because he didn’t read the legal fine print, that’s just too bad. 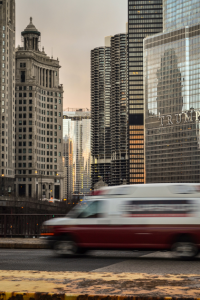